Ark Survival Hope PvE is your one-stop shop when it comes to most DLC dinos from Aberration’s light pets, Extinction’s Gachas to Valguero’s Deinonychus, Scorched Earth’s Wyverns and the iconic Ragnarok Griffins and much more!

Hope gives you a slight fantasy atmosphere while still keeping within the realm of familiarity so it caters to most playstyles.

Ark Survival Hope PvE map presents you with 2 smaller islands that you can brave your journey on after dropping out of the sky with a parachute jump spawn; as well as 6 big land masses that you can explore and find your prime base location; further, 5 modest caves to test your survival skills (one of them underwater). Additionally, you will also find an extensive Aberration cavern system with all the wonderful things that The Broken Ark has to offer and slightly less of the (admittedly) dangerous.

Hope also houses ALL artifacts, most of them you can find either in the little cave on the Westernmost island or hidden in the nooks and crannies of the massive underground Aberration cave system. The artifacts will come in handy if you want to fight The Island’s, Scorched Earth’s and Aberration’s bosses.

The map also comes with its own creature variants, some with identical abilities to their “vanilla” counterparts such as the Ice wyvern or the Phoenix. One Hope specific creature – that you will not find in many other mods – is the rideable giant Hope Vulture that has the swoop ability much like Griffins and Snow owls. However, take heed as you should not transfer these creatures off the map!

Whether you want to live on a beach out in the open, on a giant redwood tree, on an arid desert pillar or in a cave surrounded by the safety of rock walls you will find your spot.

Enjoy the adventure and happy hunting!

Have you enjoyed playing on our Ark PvE Hope Server? Why not try our Ark Survival Aberration PvE Server? 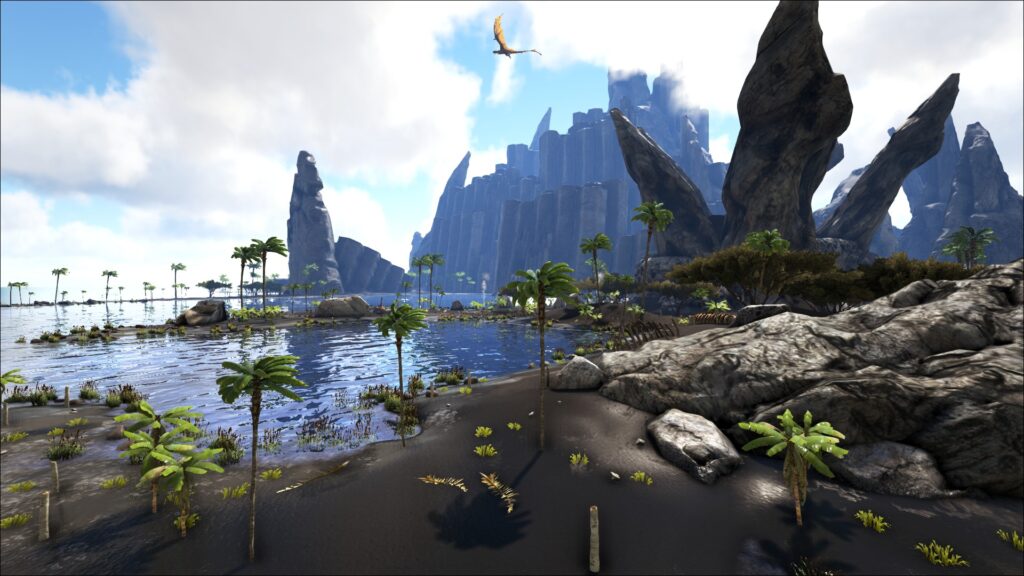