Why not donate to help with the running cost and add even more servers to our network. 100% of the donations we receive are put back into the community.

Beyond the wastelands there are defended “Arks” each one holds its own secrets and new creatures that could both aid and hinder in PvP battles.

With the darts from the Velonosaur and the abilities of the Snow Owl, these creatures enhance the possibilities of strategy during both raids and war.

The map offers many a place to build, will you remain in the safety of the city, or venture out into the more difficult lands where your base will not only be vulnerable to other players but also corrupted creatures?

And what of the bosses? Three towering behemoths that can either fall by your hand, or become a powerful ally following your every command. The final boss battle often said to be the most difficult of all. Do not test it without ample preparation.

This map offers a difficult survival, yet the challenge can be bested by those who meet it head-on.

Have you enjoyed your time on our ARK PvP Crossplay Extinction? Why not try our Genesis 2 Crossplay server? 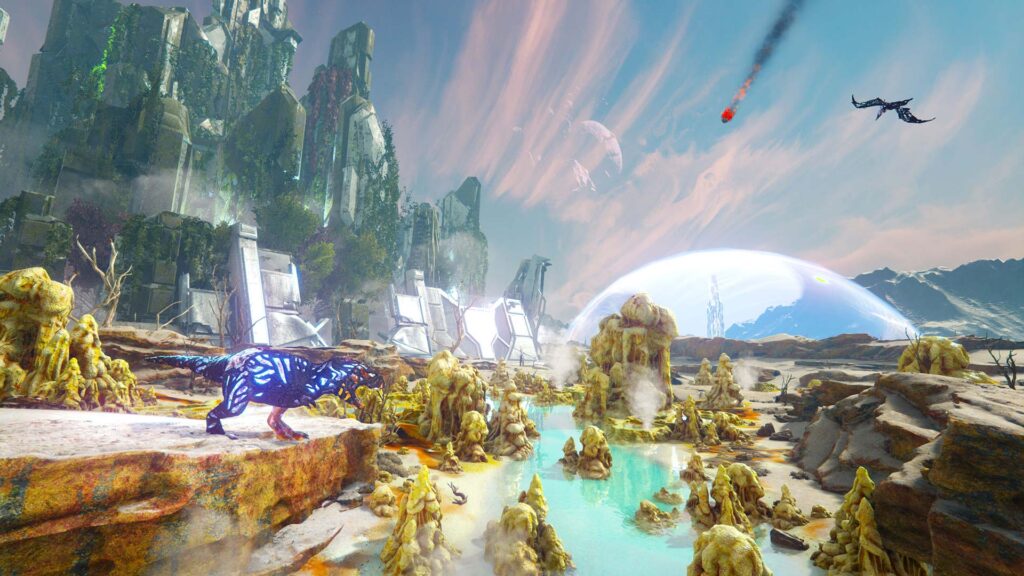