Genesis brings your character into a map made up of 5 distinct yet familiar simulations, all ready to test your survival skills in different ways.

The end game content of ARK Survival PvE Genesis is not to be trifled with, even the easy spawns like the bog will still hold a challenge for the most experienced ARK players.

The arctic biome gives players harsh weather conditions to deal with, from the freezing and constantly stormy tundra to avalanches. Followed up by the extremely dangerous Lunar and Volcanic biomes, these environments are only for the well prepared and pose a threat to any adventurer.

With the dangers of Genesis come the increased benefits; with a whole improved loot and reward system, allowing players to complete missions and purchase resources and supply crates using the currency they earn.

The creatures on Genesis give you a splash of distinct dinos and new versions of your favourite dinos with “X” variants allowing the creatures to adapt to their environment giving them a biome specific characteristics.

Each new map segment comes with an original creature to be tamed:

Prepare to face the new challenges with ARKs first underwater boss and finally deal with the ultimate mystery to what’s causing the Genesis Simulation’s glitches.

Good luck in your adventures…. 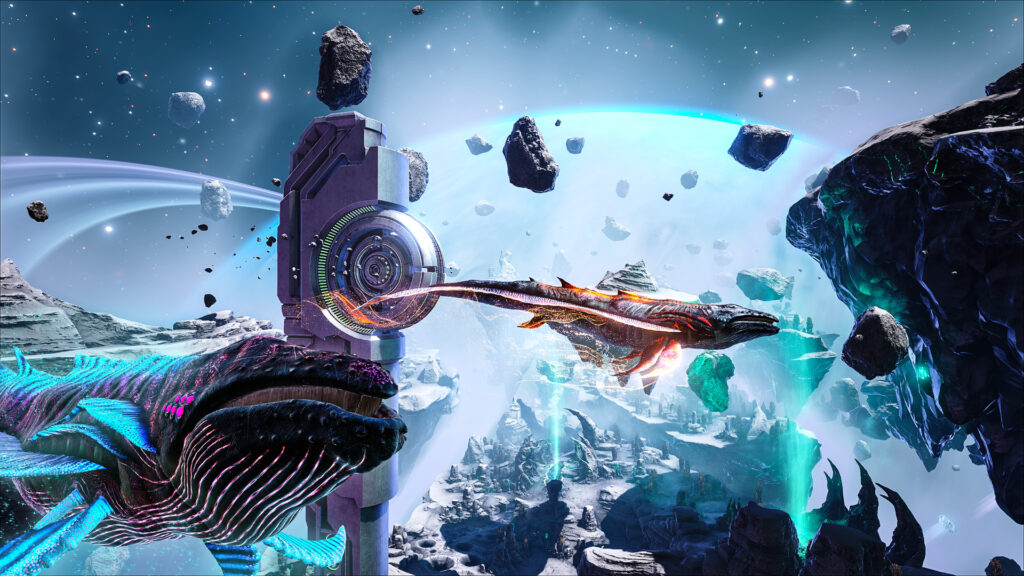