Ark Survival Ragnarok PvE is the second non-canonical free DLC map that started out as a mod map. Its size dwarfed every map until the release of Crystal Isles which only has it beat by 6 square kilometres, however, we yet to know which one has more landmass.
With 20+ caves, lush and wild jungle, icy, remorseless peaks, vast, arid desert, the verdant, rolling hills of the Highlands, and dense, perilous redwoods make Ark Survival Ragnarok PvE simply put: MASSIVE.

This map amongst many exciting things also features an active volcano that erupts periodically leaving the area around it covered in lava flows and littering the sky with slow-moving but extremely dangerous fireballs. Building in the vicinity of the Volcano is ill-advised if you want to keep your structures and creatures.

The new creatures in the tameable variety are the Griffin and the Ice Wyvern.

The Griffin is a reliable and fast-flying or ground mount, which with its swoop ability and the fact you can shoot while riding makes it incredibly useful for taming.

The Ice Wyvern can slow anything down with its ice breath and its damage output can rival a tamed rex. You can find the nests in the high peaks of the great snow biome spanning almost across the map.

As mentioned previously you can also find many of Scorched Earth’s creatures including the 3 varieties of Wyverns on Ragnarok. You can stumble upon the scar of a trench east from the Volcano moving towards the Highlands. The other Wyvern laying area is a bit harder to find in a smallish cave to the South, near the desert, it is perilous to enter underprepared.

There are also 2 areas named after one of our dearly beloved members, Kamaka, as she helped the developers in the making of this beautiful and gigantic map.

Ragnarok is truly a map suitable for almost everyone! Enjoy the exploration and who knows you might find some hidden treasures or easter eggs, like Shrek’s hut throughout your adventures!

Have you enjoyed Ark Survival Ragnarok PvE? Why not try our Extinction server as well?

Player reporting is not supported by this game 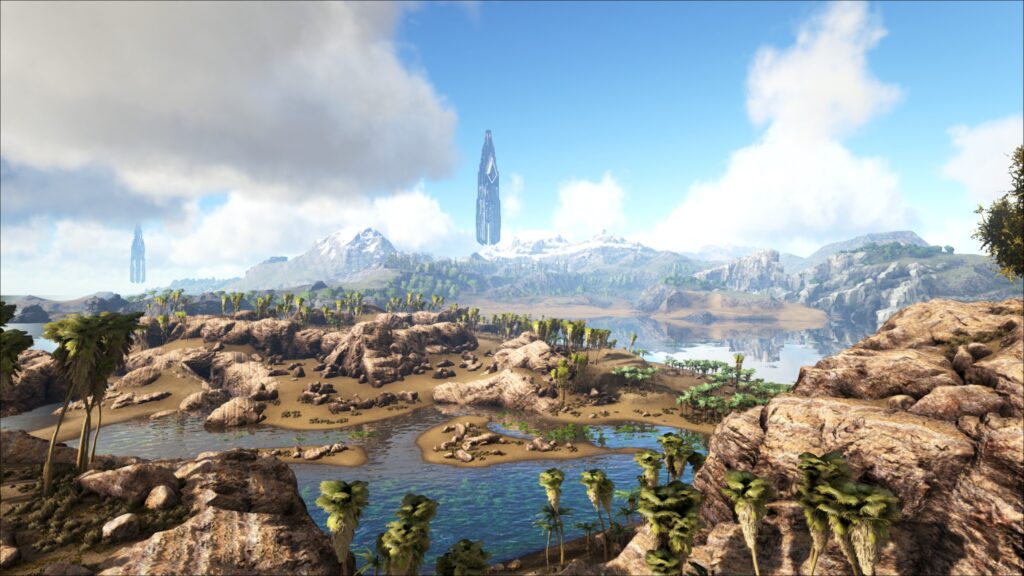